The Barents Region: Seminar, workshop and presentation in Murmansk, Teriberka and Lovozero

The Barents Region: Seminar, workshop and presentation in Murmansk, Teriberka and Lovozero 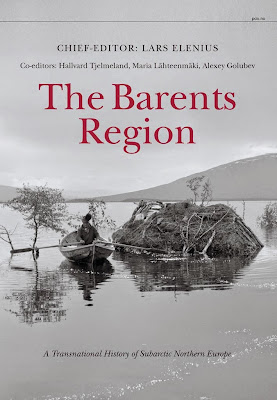 The Barents Region:
A Transnational History of Subarctic Northern Europe

The Barents region comprises the northernmost parts of Norway, Sweden, Finland and Russia. It was established in 1993 as a result of  the disintegration of the Soviet Union, and it  is also the first macroregion to move beyond the Cold War’s Iron Curtain. This book provides a research-based history of the Barents Region from 800–2010 written by 27history researcher within the thirteenth sub-regions of the Barents Region. It is suitable as a course book in history for students at university level, but also for social sciences and for others interested in the comparative transnational history of northern Russia and northern Scandinavia. Six million people live in the Barents Region. The authors tell the history of the regional development in four nation states, bridging the gap between Russia and the Nordic countries in terms of ethnicity, religion, cultural content, political systems, economies and different stages of modernisation. The account starts with the history of independent ethnic groups in a common area. From the ninth century we can see tendencies towards an integration of the northernmost areas of Europe into larger political structures, culminating in early state formations such as the merchant republic of Novgorod and the kingdoms of Norway and Sweden. The focus is on comparative transnational aspects of history through stages of rivalry and co-operation. It is also the history of the many minorities and nationalities moving cross borders of different kinds. As is the case with nations, there are different understandings of  what constitutes a region. Are regions deeply grounded in history and  culture or are they created by actors for instrumental reasons? The Barents Region is the prototype of a region made by concrete actors for political purposes, but the historical account shows that there were transnational contacts even before this novel political construction came into being. In the concluding chapter the reader will find reflections on what kind of region the Barents Region invented in 1993 really is.

The seminars and presentation will be held in the center of Murmansk 28/11, Teriberka 29/11 and at Murmansk Institute of Economics 30/11. A visit to Lovozero planned for 1/12.
For programme & details, please send an e-mail to: info@mariafoto.se. A quick respond will follow!

PRESS STOP 27/11-15
For unknown reason our seminar was cancelled Monday 30/11.
The decision was taken by Sankt Petersburg main office administration. Instead: A short seminar 28/11 at Hotel Meridian at 13:45, 4th floor.
Thanks to the Northern Character Film & TV-festival!
http://www.northchar.ru/eng/festival_today_/newsd/?newsid=116&page=1

The seminar is organized by Maria Söderberg, Barents Press Russia and with the support of the counties of Västerbotten and Norrbotten in Sweden. 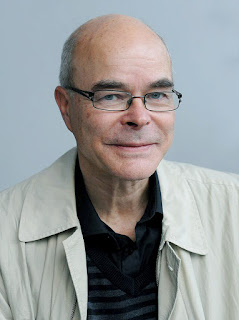 Lars Elenius
Professor in history and education specialising in the history of indigenous peopole and national minorities within the context of northern Europe. He has done research and worked out education about ethnic groups, minority politics, historical culture, nationalism and education in this northern context. Elenius is the leader of a network of scholars who write a history book and encyclopedia about the Barents Region.